As fluids, stars support a variety of propagating disturbances that take the form of traveling waves when localized, or standing waves (also known as oscillations or pulsations) when global. At the surface of a star, these disturbances cause fluctuations in the star's brightness and color that can be measured via time-series photometry and spectroscopy. Analyzing these measurements can in turn shed light on the internal structure of the star — the discipline of asteroseismology.

Starting with my PhD thesis, I've been studying waves and oscillations in stars for almost three decades, primarily from a theoretical and computational perspective. My highest-profile work has been the development of an open-source stellar oscillation code, GYRE, that predicts the oscillation-mode frequencies and wavefunctions of an input stellar model (see Townsend & Teitler 2013). GYRE has been used in hundreds of papers since its release, and continues to be actively developed by my Mad Star group. Recent enhancements include

Developing a foundational understanding of the structure and evolution of stars is arguably the crown jewel of 20th-century Astrophysics. However, there are still many areas where the details — both coarse and fine — need to be figured out.

Over the past decade, much progress has been driven by MESA (Modules for Experiments in Stellar Astrophysics), an open-source software instrument for solving the coupled system of equations governing quasi-1D stellar structure and evolution (see Paxton et al. 2011). Since its first public release, MESA has been adopted by over a thousand researchers worldwide to explore ideas at and beyond the cutting edge of stellar astrophysics.

I've been involved in the MESA project since soon after its inception; my contributions include 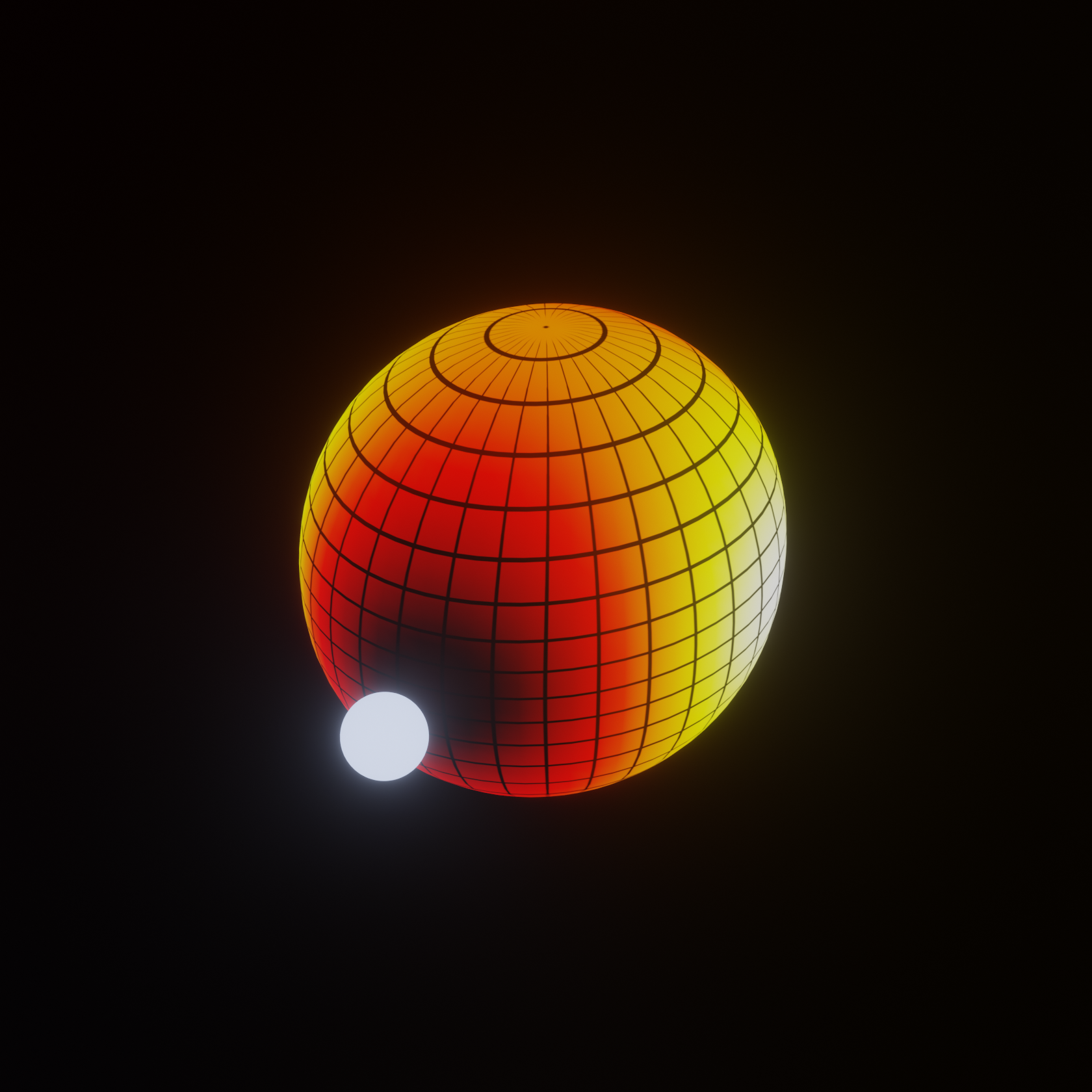 Visualization from a GYRE simulation of a heartbeat system. This is a single frame from the movie linked in the text.

With this in mind, I've worked recently with my Mad Star group to extend GYRE so that it can model tides. We are currently writing up our work as a series of papers; however, here is a movie visualization produced from a GYRE simulation of a heartbeat system (an eccentric binary whose light curve resembles the human heartbeat).

In addition to the focused research described dbove, I'm often involved in offshoot projects arising from my 40-year interest in scientific computation. Highlights include

Here, I mention some projects I've been involved in over the years. These are no longer my main research focus, but I still dabble in them from time to time. 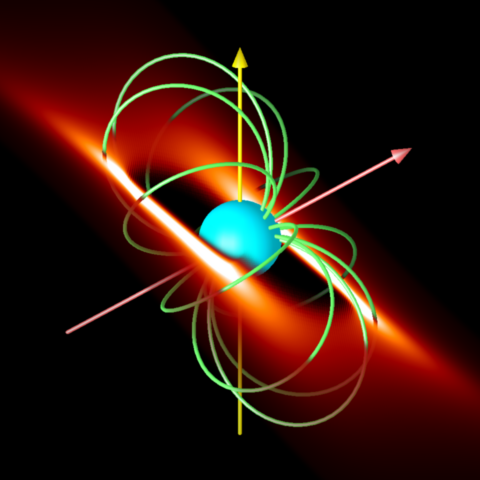 A simulation of the circumstellar matter distribution of σ Ori E, as predicted by the Rigidly Rotating Magnetosphere model.

Unexpectedly (from a dynamo standpoint), strong (~kG) fields are observed in a number of massive stars, including the helium-strong chemically peculiar stars (e.g., σ Ori E), the helium-weak stars (e.g., 36 Lyn) and a few more-massive O-type stars (e.g., θ1 Ori C). My past research has focused on creating models for the magnetospheres of these stars — circumstellar environments where the dynamics of wind outflows are significantly affected by the presence of the magnetic field. These include

I've also contributed toward our observational exploration of these systems, in particular leading the team that discovered the spin-down of σ Ori E — arguably the first direct measurement of magnetic braking in a main-sequence star (see Townsend et al. 2011).